How Changes in Modern Pension Plans are Affecting Retirement 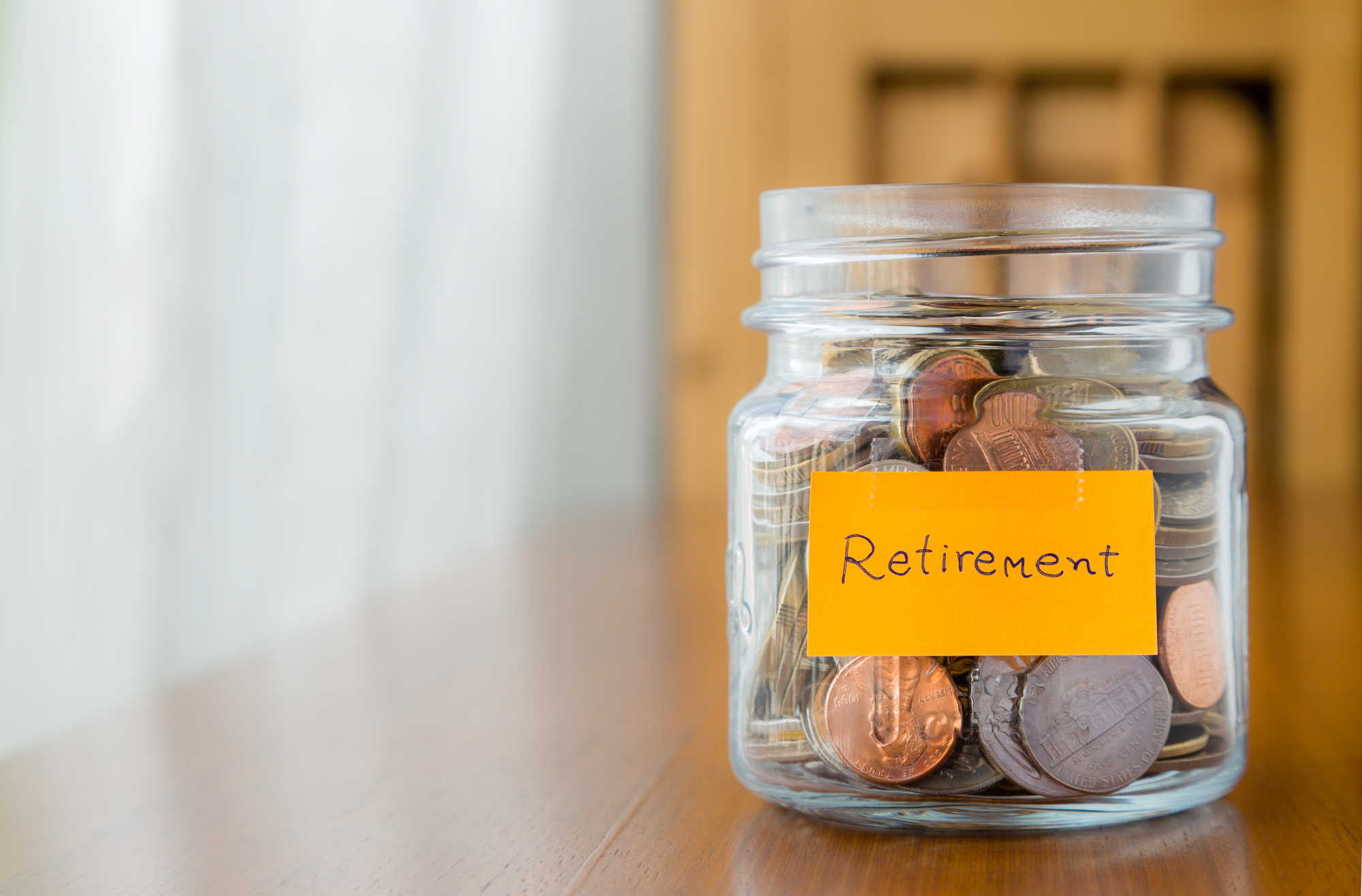 Financial professionals and economists have been talking about the “graying of America” and the retirement crisis for the past couple of decades. Now, it seems, things have reached a tipping point. This massive demographic shift is having a palpable effect on the economy at large, and by extension, personal finances. Let’s go over what is causing this change and how it can affect your retirement planning in West Palm Beach.

Following the Second World War, thousands of Americans returned home to a sprawling industrial economy riding the momentum of war-time production. The ten years after the war marked one of the most potent periods of economic growth in the nation’s history. This resulted from a wide range of reasons that included returning veterans to the workforce, more skilled labor resulting from the G.I. bill, and a nationwide spike in productivity that propelled the United States to the top of the world’s economic hierarchy.

The rapid growth of the U.S. economy, new jobs, and technological advancements formed the perfect environment for the rise of a new demographic. So the middle class, as we understand it in modern terms, was born. With more money entering the average household and more people moving to the suburbs, we also saw an explosion in the American population, a phenomenon known as the Baby Boom.

At the time of the Baby Boom, the United States was growing, and more people were entering the workforce than those who were retiring. Thanks to this discrepancy in the working to non-working population, entitlement programs like Social Security were operating at optimal levels.

However, the country’s demographics changed over the following decades, and the employment rate leveled off. People began to have children at a slower pace, and today, we face many retirees claiming Social Security benefits. This threatens the balance of contributions to claimants, and many experts fear the potential disappearance of social security entirely.

One of the many reasons the depleting Social Security is problematic is that the new generations of employees simply do not have the same options as their grandparents. When the Baby Boomer generation was hitting the workforce, they expected to be working for that company until they retired. They could look forward to retirement at the age of 65 with a reasonable pension and benefit plans.

However, sometime around the 1980s, companies started changing their perspective on loyalty. Employees that worked for many years were no longer valued as they once were. For the first time in decades, economically healthy companies started replacing tenured employees with cheaper, newer labor.

This change to job security substantially impacted the pension plans that the previous generations had become accustomed to, and in exchange, employers started offering 401(k) programs that matched employee contributions. Initially, these investment opportunities were meant as supplements to pensions, not a replacement. But when companies started catching on to how much money 401(k) plans actually saved, they became the standard.

Today, pensions are more of a rarity, but there are millions of Americans still collecting, often decades into their retirement. Those with this option as part of their retirement planning in West Palm Beach are still faced with uncertainty despite the nature of pensions. Abrupt changes in economic trends are affecting pension distributions and this, in effect, affects other industries that depend on the money spent from those pensions.

Even labor union workers, largely beneficiaries of rich benefits and pension plans, have been hit hard. Throughout the past century, unions set up multiple-employer pension plans so that unionized workers in the trucking, trade, construction, ironworking, carpentry, and other industries could change employers throughout their career while staying with the same union and continue accruing pension benefits from job to job. Despite that effort, more than 1,400 multiemployer pension plans covering about 11 million U.S. workers have fallen into a financial hole.

This problem doesn’t just affect pensioners, it affects the nation’s overall economy. According to the National Institute of Retirement Security, each $1 spent on pension benefits supports $2.19 in economic output. In some coal-mining areas, entire towns are supported by union pensioners. In Detroit, nearly a third of income comes from pensions, union retiree health, Medicare, and Social Security. If pension plans fail, communities throughout the heartland, including Ohio, Kansas, Pennsylvania, Michigan, and Indiana, will suffer immeasurably.

Union pensions are not the only plans under financial pressure. According to the 2020 Social Security Trustee report, the Social Security retirement trust fund was scheduled to run out of money by 2034. But that estimate was before the pandemic when unemployment and suspended FICA payroll taxes significantly reduced Social Security revenues while at the same time millions of people retired early and began tapping their benefits. The new trustee report, due in a few months, will likely update that depletion date to 2032 or sooner. Without changes, Social Security benefits soon will be funded solely by current payroll taxes, which would reduce benefits by as much as a quarter of previous estimates.

The recent $1.9 trillion stimulus bill took a first step to help stabilize pension plans. It authorized funding by the Pension Benefit Guaranty Corporation (PBGC) for eligible multiemployer plans to enable them to pay benefits at plan levels and remain solvent. The funding is being paid out from general revenues of the U.S. Treasury.

How Does a Pension Affect Your Retirement Planning in West Palm Beach, FL?

It may be a good time to review your individual retirement plan to shore up any gaps that may be affected by reduced pension and government benefits. Feel free to contact us to discuss your situation and explore tax-efficient ways to provide more financial confidence to your retirement plans.

2 Teresa Ghilarducci. Forbes. March 15, 2021. “What Is The Pension Provision In The Stimulus Package? An Explainer.” https://www.forbes.com/sites/teresaghilarducci/2021/03/15/what-is-the-pension-provision-in-the-stimulus-package-an-explainer/?sh=7fdbc4c257d1. Accessed March 22, 2021.

We are an independent firm helping individuals create retirement strategies using a variety of insurance and investment products to custom suit their needs and objectives. This material is intended to provide general information to help you understand basic financial planning strategies and should not be construed as financial or investment advice. All investments are subject to risk including the potential loss of principal. No investment strategy can guarantee a profit or protect against loss in periods of declining values.

The information contained in this material is believed to be reliable, but accuracy and completeness cannot be guaranteed; it is not intended to be used as the sole basis for financial decisions. If you are unable to access any of the news articles and sources through the links provided in this text, please contact us to request a copy of the desired reference.

Send us a Message

Thank you! Your submission has been received!
Oops! Something went wrong while submitting the form.

Think you’re ready to take the next step?

If you’d like to hear more information about any of our products or services, schedule a meeting today or register to attend a seminar.

We are an independent financial services firm helping individuals create retirement strategies using a variety of investment and insurance products to custom suit their needs and objectives.

Investing involves risk, including the potential loss of principal. No investment strategy can guarantee a profit or protect against loss in periods of declining values. None of the information contained on this website shall constitute an offer to sell or solicit any offer to buy a security or any insurance product.

Any references to protection benefits or steady and reliable income streams on this website refer only to fixed insurance products. They do not refer, in any way, to securities or investment advisory products. Annuity guarantees are backed by the financial strength and claims-paying ability of the issuing insurance company. Annuities are insurance products that may be subject to fees, surrender charges, and holding periods which vary by the insurance company. Annuities are not FDIC insured.

The information and opinions contained in any of the material requested from this website are provided by third parties and have been obtained from sources believed to be reliable, but accuracy and completeness cannot be guaranteed. They are given for informational purposes only and are not a solicitation to buy or sell any of the products mentioned. The information is not intended to be used as the sole basis for financial decisions, nor should it be construed as advice designed to meet the particular needs of an individual’s situation.